SINGAPORE, APRIL 12, 2021 – Nathan Hartono packs the punch to his latest English single titled “I’m Fine” with the premiere of the official music video worldwide last night at 11pm on YouTube. The music video, co-directed by Jayden Tan of HeadQuartors and Nathan Hartono, continues the visual storytelling arc as previously seen on the single’s artwork that is also creatively executed by the same pair.

The music video features Nathan Hartono as a crash test dummy in an experimental white room, unaware of what awaits. It slowly builds up the tempo through a series of art attacks using raw eggs, watercolor balloons and squashed tomatoes. This escalates into glass bottles, flying hammers and getting punched in the face by a mysterious boxing glove. Facing the plethora of colorful attacks, Nathan is always poised to take in all the hits coming at him on all fronts.

Describing the music video as a “visual depiction of what life feels like sometimes, an unending barrage of nonsense that we are forced to smile through because that’s what other people expect of us,” Nathan also handpicked all the props featured in the video himself.

Says Nathan, “It took a while for the crew to really lean into it and just go for the hits. When it started, there was a lot of tentative whacking that just led to us having to go for more takes. After some fruitless takes, the mantra for the shoot evolved to: Just go for 1 big hit, not 10 tiny ones.  Aside from some minor scratches and bruises here and there… I’m fine.”

Jayden also adds that, “There were a lot of times we didn't dare to go full force on hitting him with the props and those shots looked like kids playing with each other instead of trying to beat Nathan up!” 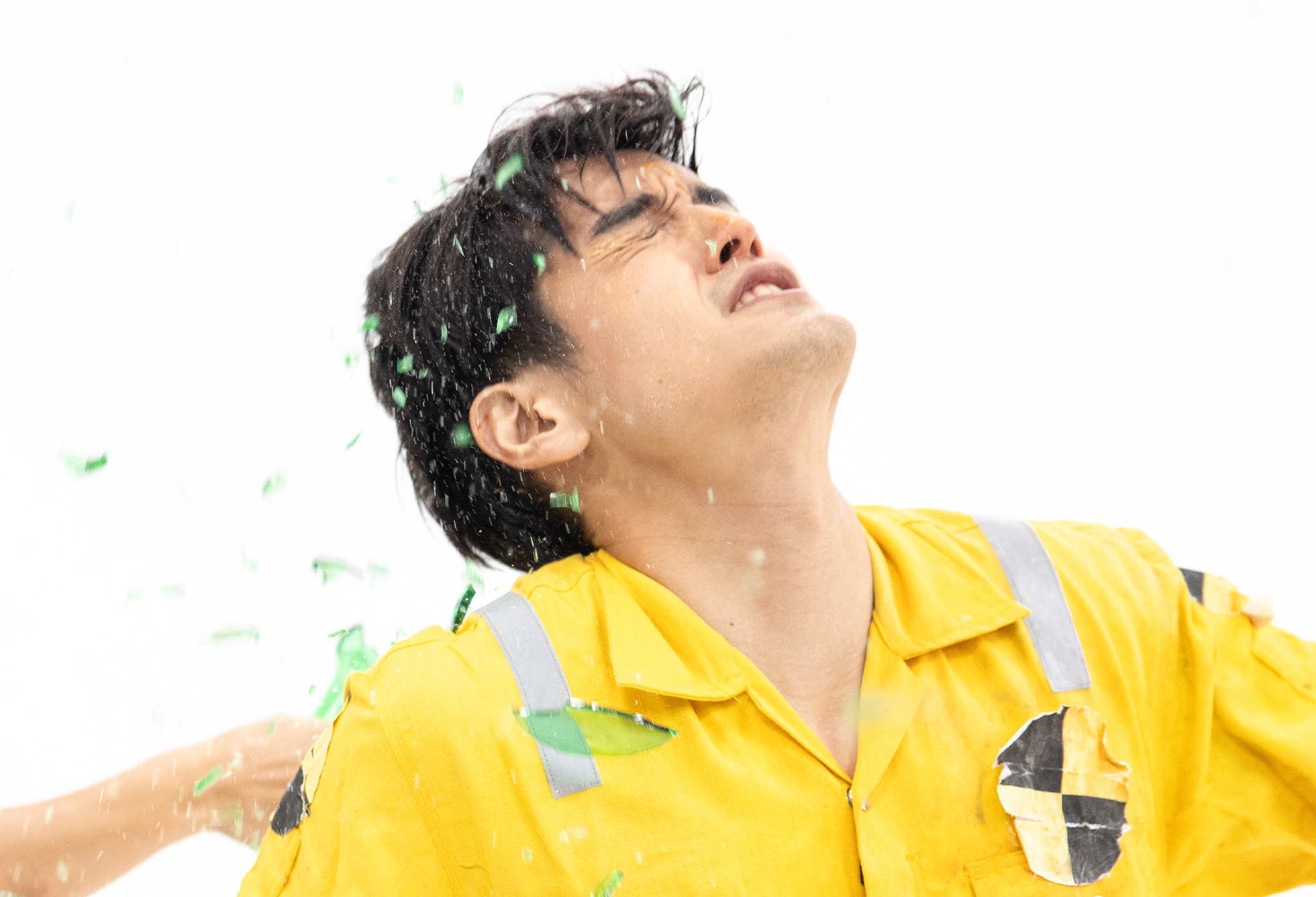 Apart from getting hammered, Nathan shares that “the shooting was pretty fun in itself. I felt like a kid again, bringing my inner daredevil out to play was very nostalgic. Between takes, I would either be busy preparing the next prop, or planning the next shot.”

From the directing of the single artwork photoshoot, animating his own lyric video and right up to co-directing the music video with Jayden, Nathan has been directly involved in adding a personal touch in every aspect of his newly launched single.

“I think it’s my way of being accountable for my work, and also having that connection with it,” elaborates Nathan on his hands-on approach. “That wouldn’t be possible if it were just a team of people working on it while I sit in my shorts. I have done projects like that, where I find myself less involved in the creative process and those are the projects I tend to forget really quickly.”

Through this collaborative process with Nathan for the photoshoot and music video, Jayden remarks that “Nathan has got great ideas and knows visually what he wants to achieve and it's definitely exciting to contribute creatively to his process.” 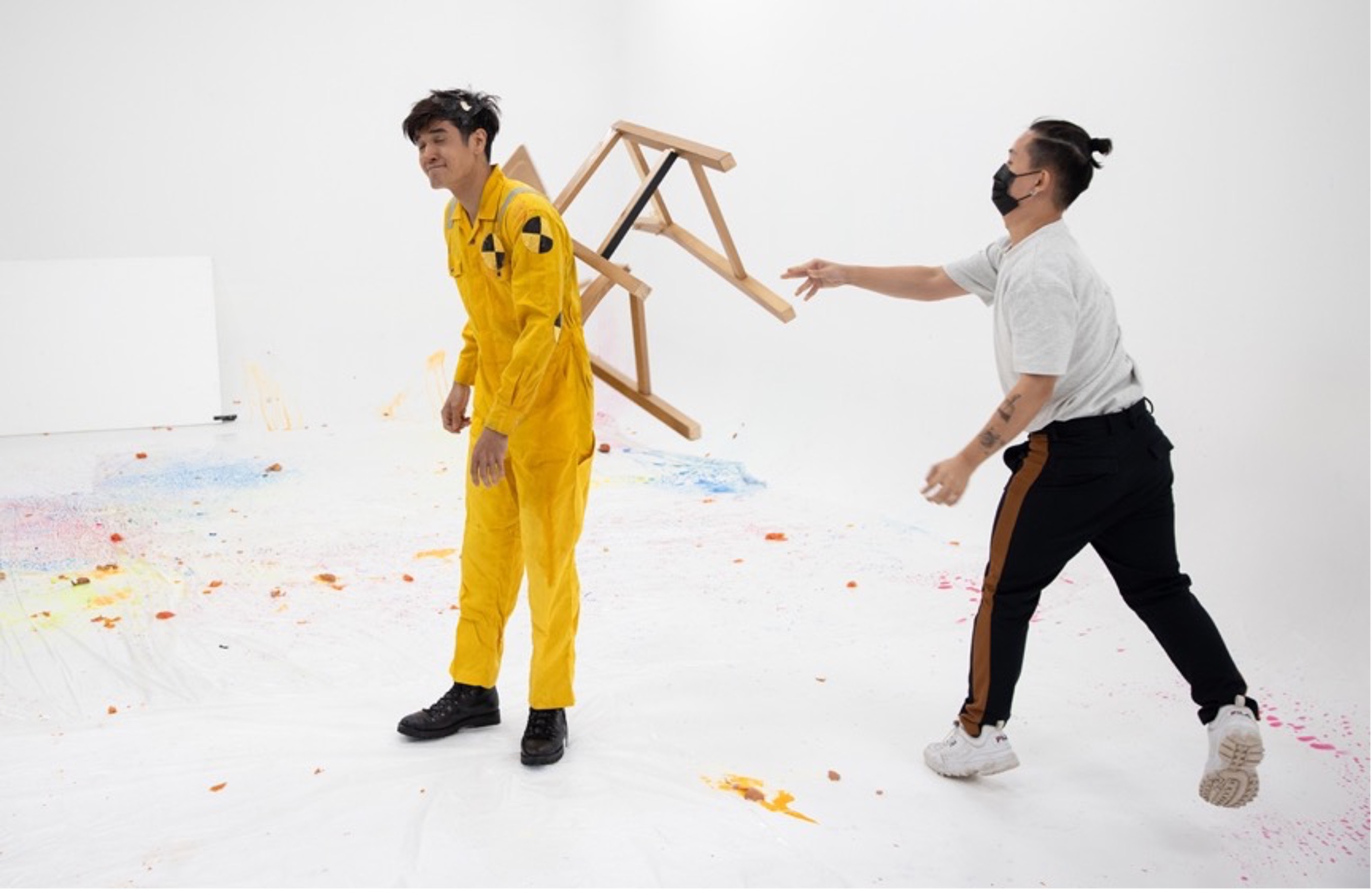 The official music video of “I’m Fine” is now available on Nathan Hartono’s official YouTube channel. Nathan will continue to push his creative boundaries and produce more music that will be released throughout 2021, culminating into an EP in late 2021.