SINGAPORE, MARCH 23, 2021 – Hot on the heels of the release of her 2021 comeback single “MEDUSA” on March 5, Singaporean singer/songwriter/producer Jasmine Sokko further gives her artistry a creative boost with the premiere of the official music video worldwide last night at 8pm on YouTube. The music video serves as a rich visual companion on top of the previously released stripped dance performance video that is also available on the video platform.

Blending European Renaissance with cyber-punk futurism, the music video is shot on location at National Gallery Singapore in one night, and directed by first-time collaborator Jasper Tan of Vadbibes, who also co-helmed the creative direction with Jasmine Sokko.

Says Jasmine Sokko on the making-of the music video, “In the beginning, I was inspired by Maya Angelou's quote ‘I come as one, but I stand as 10,000.’ This line is my source of courage to stand strong on my own two feet when I am about to face a challenge. I wanted to capture the idea of strength through this music video.

Jasper came onboard and conceptualized an edgy and dark narrative, which complemented the mood of the dance sequence, choregraphed by Ahmad Kamil from O School. There is something eccentric and alluring about Jasper’s craft, which I am glad to finally have a chance to experience.

The team also survived an intense overnight shoot together. The exhaustion never stopped anyone from giving any less than their 100%. This music video is now a reminder to me that If we try, we will often realize that we have so much more in us than we already know.”

Adds Jasper, “I've always wanted to work with Jasmine Sokko and I’m actually quite happy to finally direct a music video for her. My style is normally very bright and happy, but I've always wanted to do a darker style dance video. It certainly surprised me that we agreed on references, vibe and mood of the creative direction very early on in the process.

It has been quite an experience with this being my first overnight shoot and also to witness what a powerful artist Jasmine is – always on point even at 7am after she’s been dancing throughout the night. Am glad to say that the team has delivered a worthy visual piece that fuses movements, patterns, lights and animation in the world of ‘MEDUSA.’”

“The mask design boils down to the relevance of its theme and narrative, and most importantly the qualities of movability, lightness and coverage for Jasmine Sokko’s daily appearances and performances.

I’ve named the mask Nagini - the word ‘naga’ in Sanskrit means serpent and in most ‘naga’ mythical creatures, they are portrayed to have upper torsos of humans with giant serpent like lower halves. With ‘MEDUSA,’ I’ve reimagined Jasmine as a naga human / shapeshifter and constructed this metallic sculptural art-piece that’s fluid, snake-like with a slithery serpentine quality to depict an image of an artful stream of bionic snakes intertwined in the form of a mask.

The name Nagini came up also because it reminded me of Lord Voldemort’s trusty snake, which is also his horcrux. Similarly, I see the use of masks in Jasmine Sokko’s world as an object that would give her strength and protection, and by subtracting it would ‘destroy’ her privacy/identity.” 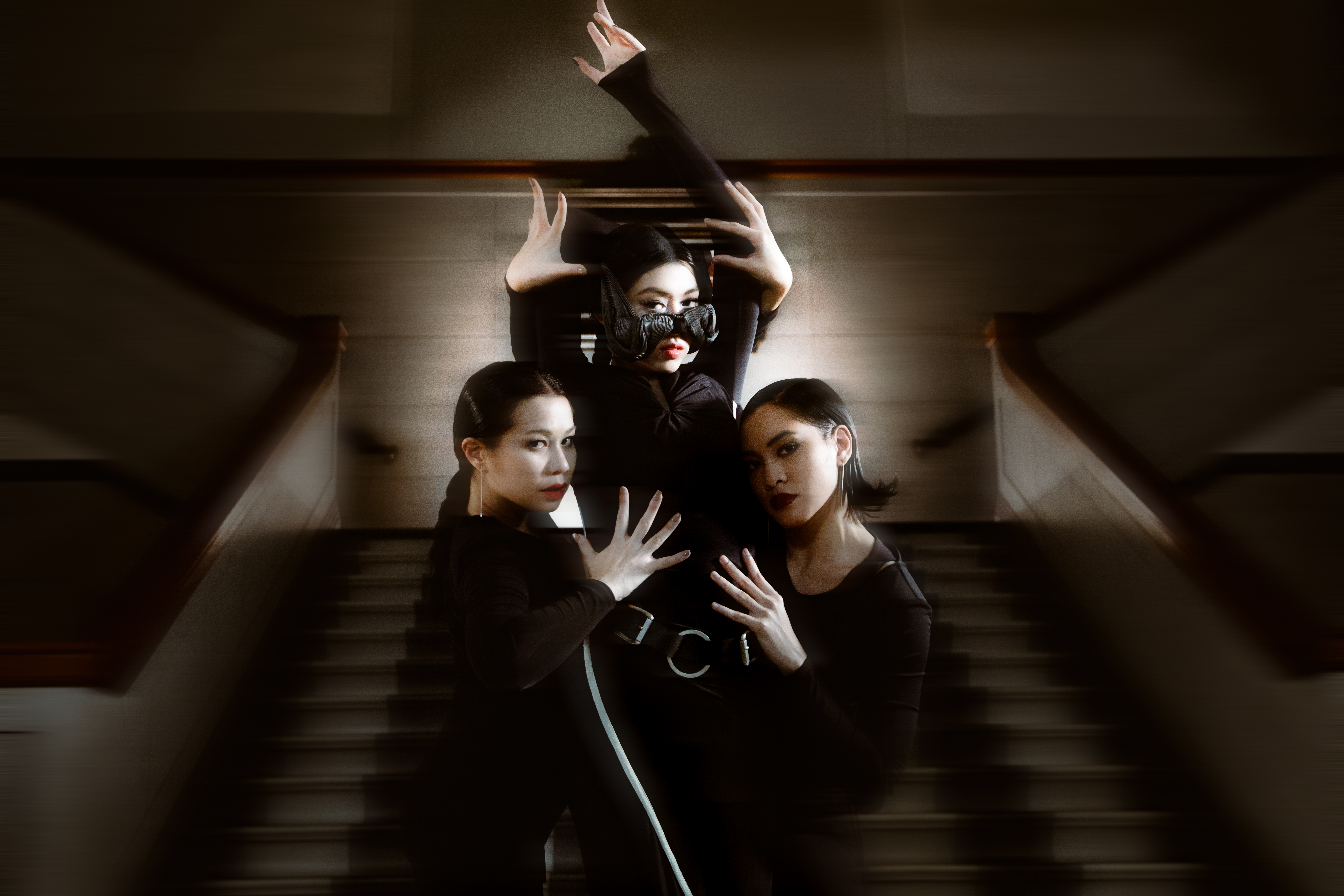 “The key is to create contrast between the elements that are layered together,” explains Josiah. “We’ve played around with key words such as renaissance versus modernity and futuristic versus romanticism to concoct looks that are essentially Jasmine Sokko but with a dose of freshness to match her new ‘MEDUSA’ beat. 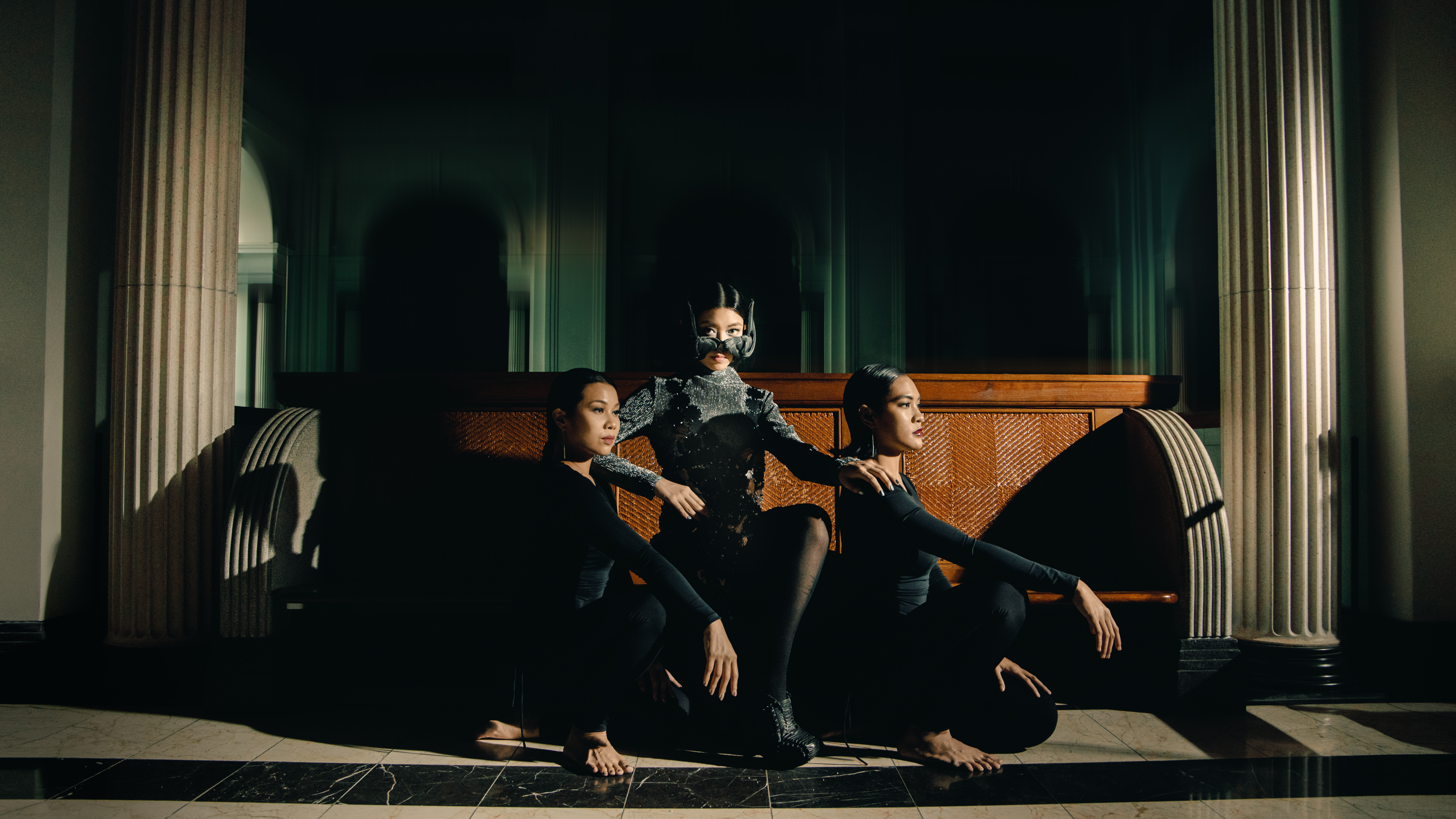 The official music video of “MEDUSA” is now available on Jasmine Sokko’s official YouTube channel. The track is the first focus track of a series of single releases before they culminate as a full EP due out in the later part of 2021. This new prolific phrase of Jasmine Sokko sees the pop wunderkind pushing her musical frontiers that will cement her as one of the brightest Asian female pop acts to come.